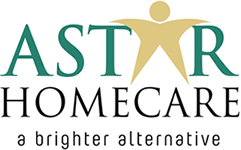 giving you back your independence...

So what is Reablement?

Reablement is a short and intensive service, usually delivered in your home. This service is offered to allow people to return after a stay in hospital or to prevent the need to go to hospital. The purpose of reablement is to support people who have experienced deterioration in their health and/or have increased support needs to relearn the skills required to keep them safe and independent at home. People using reablement experience greater improvements in physical functioning and improved quality of life compared with using standard home care. It is common for people to be unsure about what reablement is, and for family and friends to be uncertain about what it means for them.

The focus of reablement is on restoring independent functioning rather than resolving health care issues. The objective is to help you relearn how to do things for yourself rather than our other services of doing things for people. Reablement appears to be welcomed by people receiving the service, and represents an investment that may produce savings

Research on reablement has examined whether it is a better approach to supporting people than conventional home care. Key questions are whether better outcomes can be achieved, and for whom, and whether savings can be made through investment in reablement. Findings are broadly positive. People using reablement experience greater improvements in physical functioning, health-related quality of life and social care outcomes compared with people using standard home care.

Increased independence, less need for ongoing support Increasingly, research is showing that reablement services are effective in increasing users’ independence and reducing their need for ongoing support after reablement. Leicestershire County Council was one of the first to introduce reablement. In 2000, De Montford University did an evaluation. They looked at outcomes for people who had received reablement, after the first six weeks, and compared these with people who’d had a conventional home care package. At the
Beginning, the pilot reablement service took a selective approach, only taking
selected clients by referral. The results were remarkable: